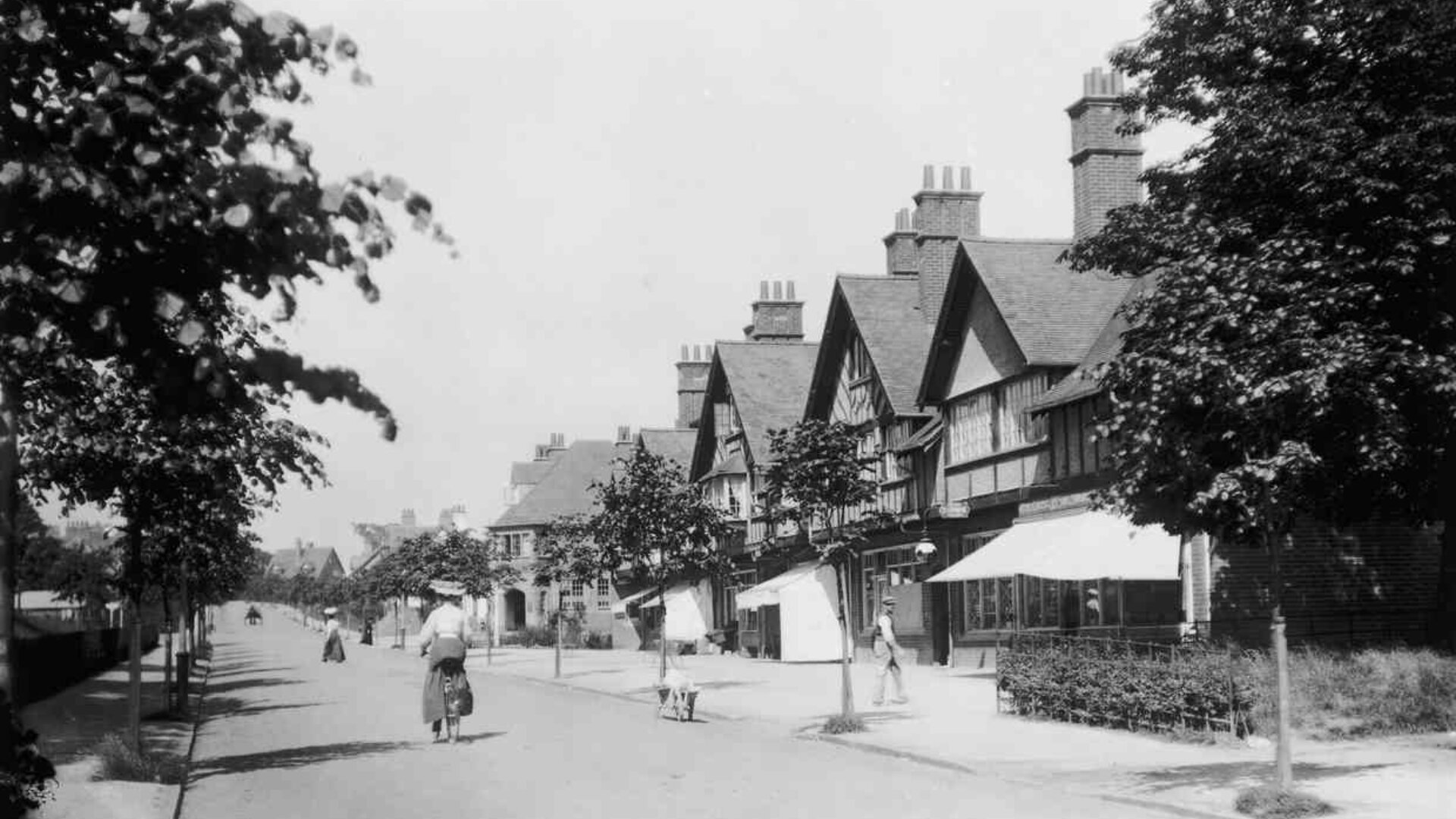 Imagine a large employer moving its operations to a city and developing a plan – not just for the growth of the business, but also the long-term stewardship of its new neighbourhood.
The history of the late 1800s is full of such employers, but the Cadbury family and their model village of Bournville, to the south of Birmingham, stands out.
Visit Bournville today and remarkably little has changed since George and Richard Cadbury created the world’s first planned community. The arts-and-crafts housing with large gardens and a mix of social rental and owner-occupier tenures are preserved, the wide open spaces and sports facilities remain – and there is still no pub.
It’s a chocolate-box village stewarded since 1900 by the Bournville Village Trust, and still offering lessons to the large and increasingly complex city region in which it is based.

Six miles north of Bournville, the neighbourhood of Smethwick in Sandwell was a bustling manufacturing hub during the 19th and early 20th centuries, home to GKN, Fox Henderson engineering and Chance Brothers’ glassworks, among others. Some of these employers were also benevolent, but little of their legacy remains on the streets of Smethwick today. Ravaged by multiple factory closures over the last 40 years, it is now one of the most deprived areas in England.
Plans are afoot, however, to revive this neighbourhood along the lines of the philanthropists of the past. With a squeeze on public sector funding and the failures of “big” regeneration and trickle-down economics becoming apparent, this neglected part of the West Midlands is returning to a 19th-century model of benevolent local employers, albeit with a 21st-century twist.
The anchor industrialists may have moved on from Smethwick, but an “anchor” public sector institution is moving in. On the former site of steel and components manufacturer GKN is the towering skeleton of the Midland Metropolitan hospital – which will house the biggest A&E in Europe when it opens its doors in 2018.

In what is being seen as the future of regeneration, public, private and social organisations in Smethwick have united to embed the new hospital as firmly in its locality as Cadbury’s was in Burnsville.

Sandwell council, the Sandwell and West Birmingham Hospitals NHS Trust, Carillion (the contractor) and a range of local organisations will attempt to ensure the new hospital regenerates its local neighbourhood in myriad ways – with the understanding that health is inextricably linked to broader social and economic issues, from poor education and lack of jobs to bad housing and diet.

For Toby Lewis, chief-executive of the hospital trust, this is a once-in-a-generation opportunity to improve the local area while shifting the trust’s work upstream towards prevention, fulfilling Nye Bevan’s vision of the NHS.
“We’re past the point of debating whose job it is to prevent poor diets, tackle alcohol misuse and raise skills levels. It’s everyone’s job,” Lewis says. “We are building an institution that is deeply rooted in its community, and which takes responsibility for that.”

For two years – before even a brick of the hospital was laid – regeneration consultant Conrad Parke has been employed by Sandwell Council to shift the hospital’s processes towards the local area, starting with the food that will be served to patients. Curries sourced from Newcastle are out; halal dishes cooked by local businesses are in. Parke says the potential for the hospital to play a transformative role is huge.
While philanthropists such as the Cadbury brothers worked alongside citizens and communities to enable and improve them, recent attempts at regeneration have focused more heavily on “doing things” to places – and have been described as contributing to the area’s lethargy and passivity.
“It’s about a public sector taking ownership and being proactive in an area, rather than building a hospital and then walking away,” says Parke.

As well as providing locally sourced meals, the hospital will boost local employment and manufacturing: the trust has made a commitment to spend 2% of the new hospital’s annual budget with local suppliers, adding £5-8m to the local economy. Carillion has a target of 70% local employment and aims to source 80% of construction materials locally; all of the hospital’s balustrades are being manufactured within Birmingham and the Black Country, and the metalwork architect is based 600 yards from the hospital site.

Once open, the hospital will be a hub for the wider community: shop spaces will be reserved for local traders and wall space for local artists; outside, the large green space will cater for sports and growing vegetables. Engagement with school children around diet, health and potential career paths within the hospital is planned; in another trust hospital, meanwhile, empty properties have been turned into flats for homeless young people.
While embedded benevolent employers have a long history in the UK, inspiration for the 21st-century model of “anchor institutions” is to be found more recently in the US.
The Evergreen Cooperative Initiative in Cleveland, Ohio has revived a deprived community by localising the supply chain of the city’s hospital, and creating co-operative businesses to feed into it – from a laundry service to an energy company.
In the UK, the Preston model has seen local institutions, including the council, police force and two further education colleges, working together on community wealth-building strategies – directing more of their spending towards local businesses and helping cooperative solutions get off the ground.

While the building of the Midland Met is already attracting funding and investment into the local area, in nearby Birmingham, the council is working with the Barrow Cadbury Trust to assess at city level how large local organisations could use their assets, budgets and employment strategies to improve the prosperity of the broader population.

“Cities need to understand and harness the potential of their existing wealth,” says Matthew Jackson, deputy chief-executive of the Centre for Local Economic Strategies, who helped create the Preston model and is now running the Birmingham project. “All cities have organisations in the public, commercial and social sectors which employ a lot of people, spend a lot of money through purchasing goods and services, and are rooted in that city and therefore unlikely to leave.”
The Midland Met will open its doors in less than 700 days, and is hoping to break the record for the fastest construction of a UK hospital. It will also perhaps be the first hospital whose success will be measured not only on how well it treats its patients, but how far it transforms the area that those patients call home.
For Roger Aston, a local who is co-writing a 3,000-year history of Smethwick, a change in the area’s economic fortunes cannot come quickly enough. “We’ve always had a good work ethic here and weren’t allowed to be idle,” he says. “Let’s hope this hospital lifts the area, as we’ve lost our spirit.”